This new build family home sits on a complex but beautiful site in Old Costessey, near Norwich. Tucked away behind existing dwellings, the site is completely secluded and densely covered in mature trees, as well as sloping from east to west.

The building has been designed and positioned entirely around the root protection zones of the significant trees on the site.  In order to work with the existing trees, the building has been split into three volumes, which also serves to reduce the apparent mass. The smallest block, comprising a detached single carport, has been pushed to the far north, tucked in behind a dense existing bamboo screen to reduce its dominance on the appearance of the house.

The main living block is aligned roughly north south along the eastern boundary, giving this space long views down the garden through large openings to the west. This block is single storey, allowing morning light to penetrate the neighbour’s garden over the top of the roof. A corner window in the north west corner of the kitchen space looks out into the wooded space behind the house, bringing the woodland feel of the site in.

The remainder of the house, incorporating the entrance hall, bedrooms and utility spaces are within a two storey block, aligned approximately east-west and partially sunken into the slope of the site.

The south facing bedrooms will be bright and sunny (although benefiting from natural solar shading provided by the mature trees in summer), and the house will have limited openings to the north or west sides, to respect the privacy of the neighbouring homes and minimise heat loss.

The house is accessed from the northern side within a courtyard entrance area which is partially covered. This separation of public and private space ensures that the private garden to the south retains the feeling of seclusion and privacy that are so special about the site. 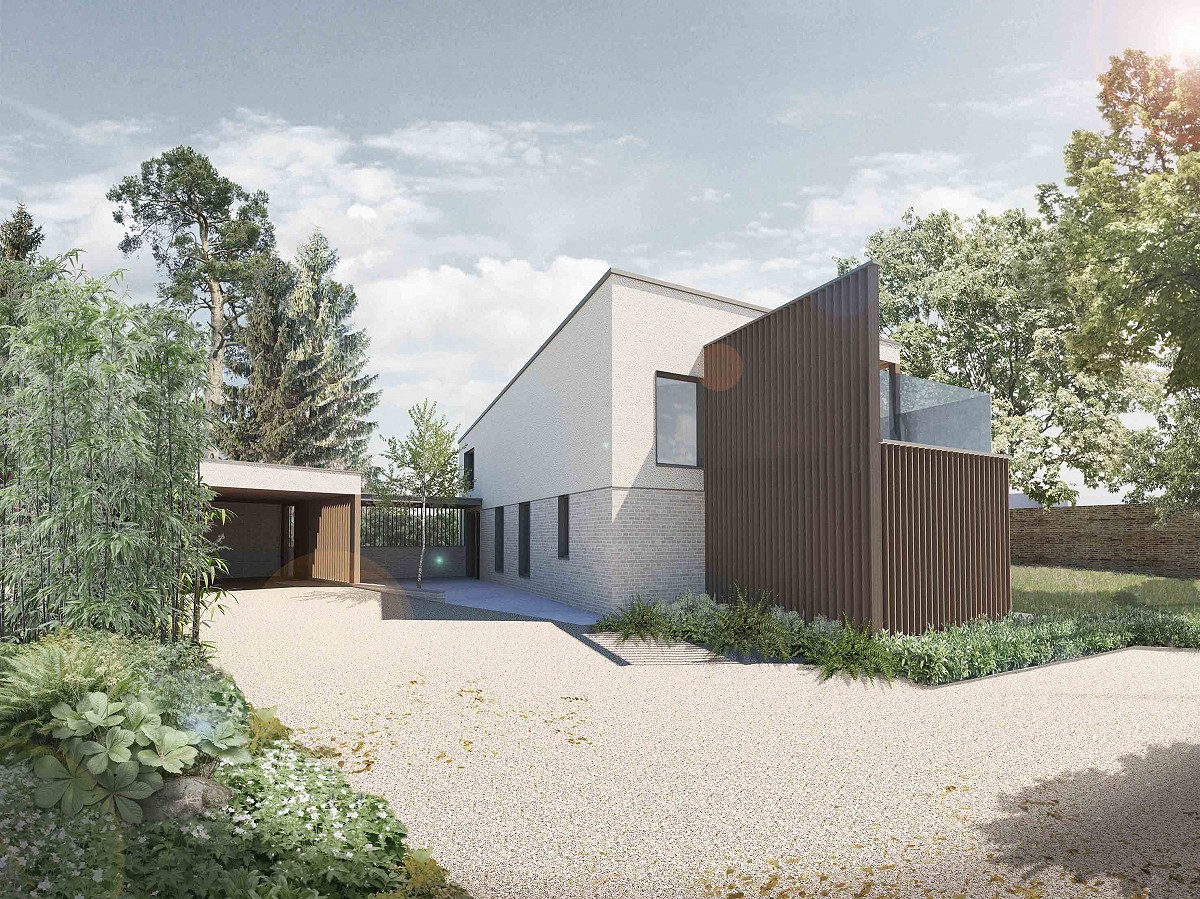 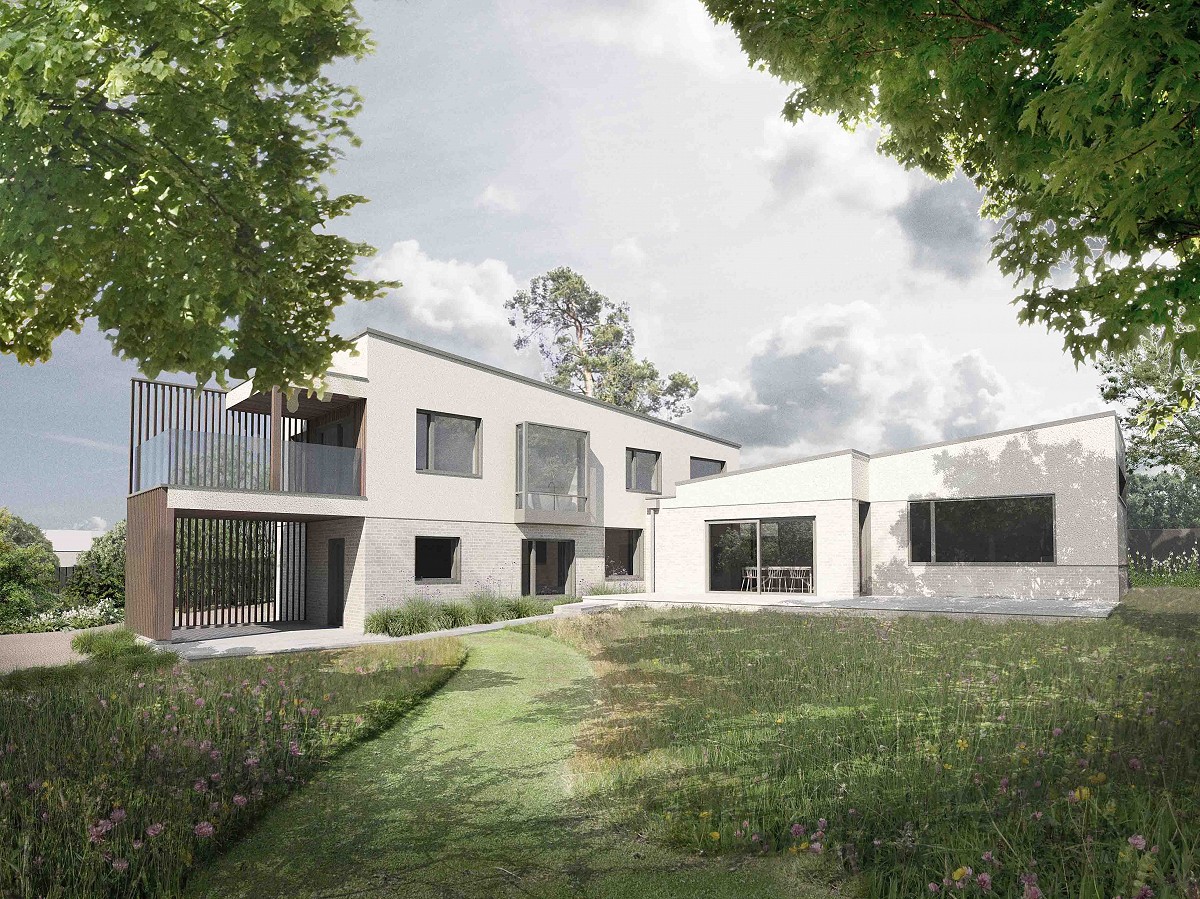 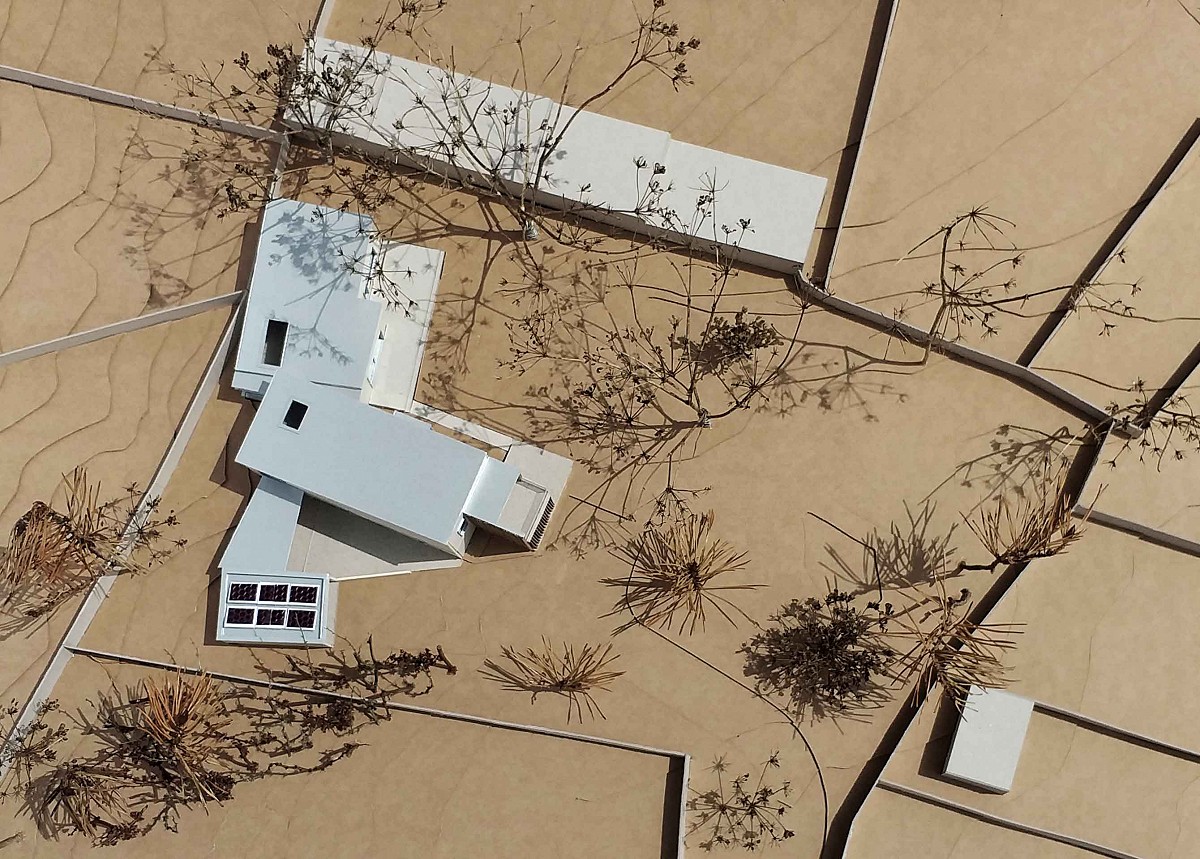 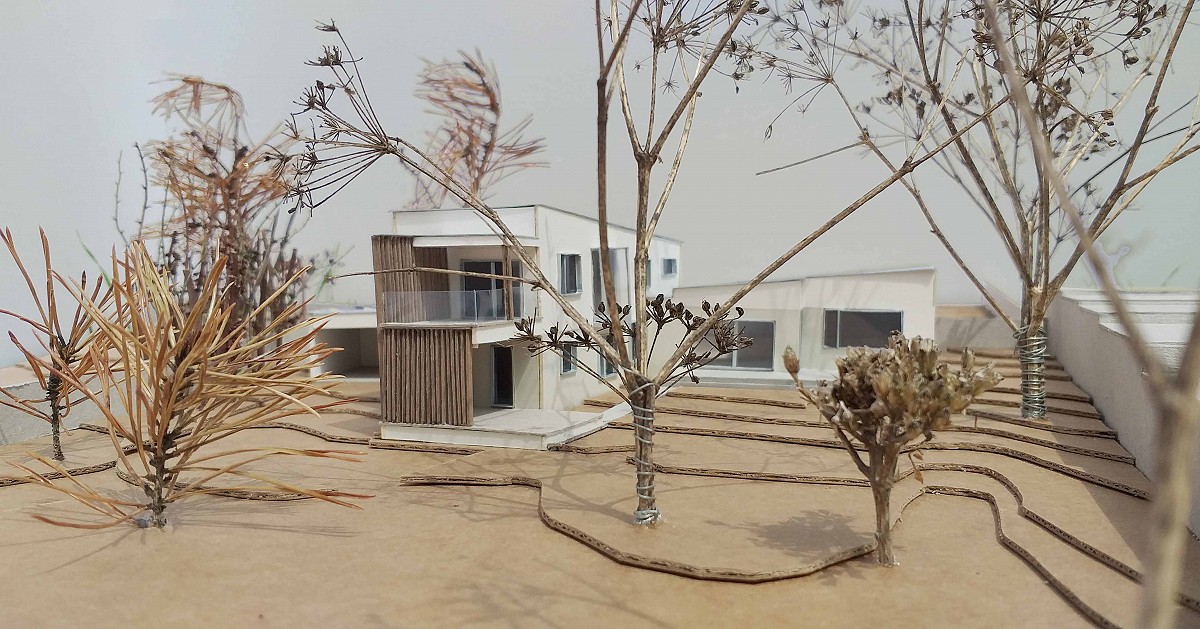 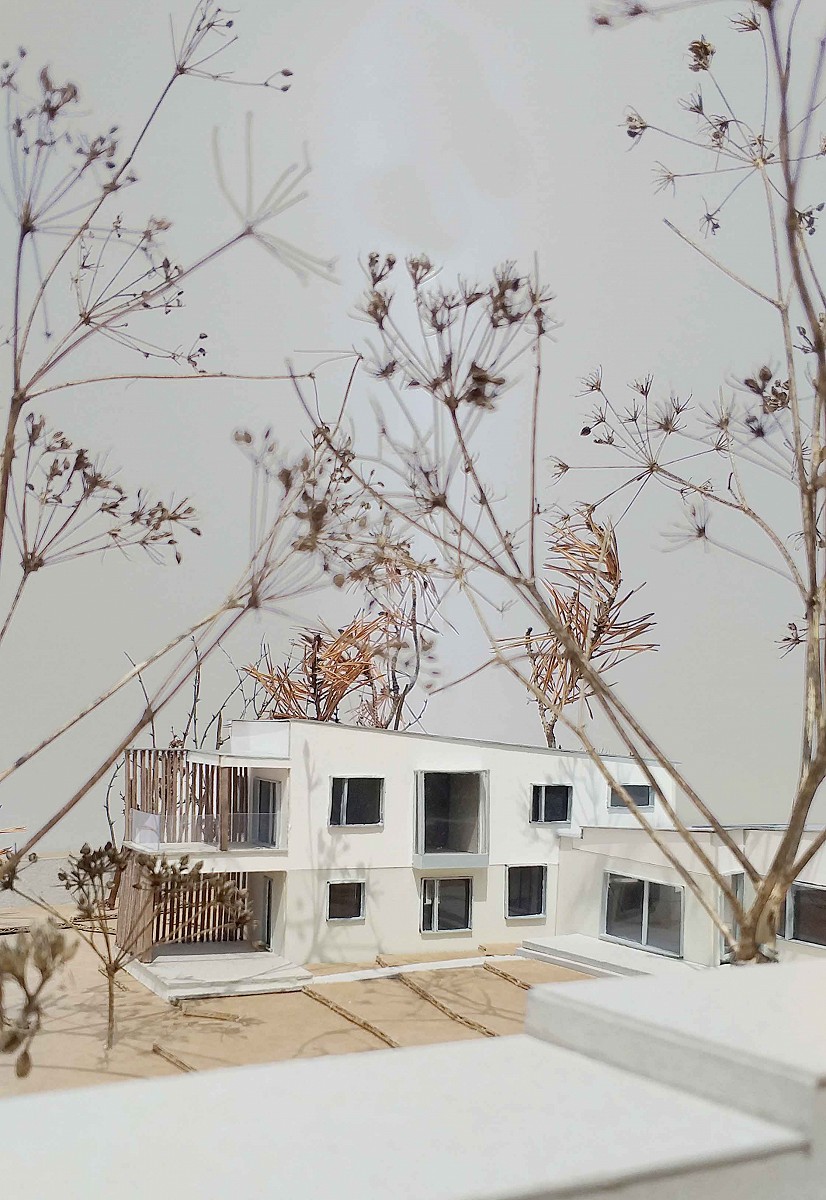 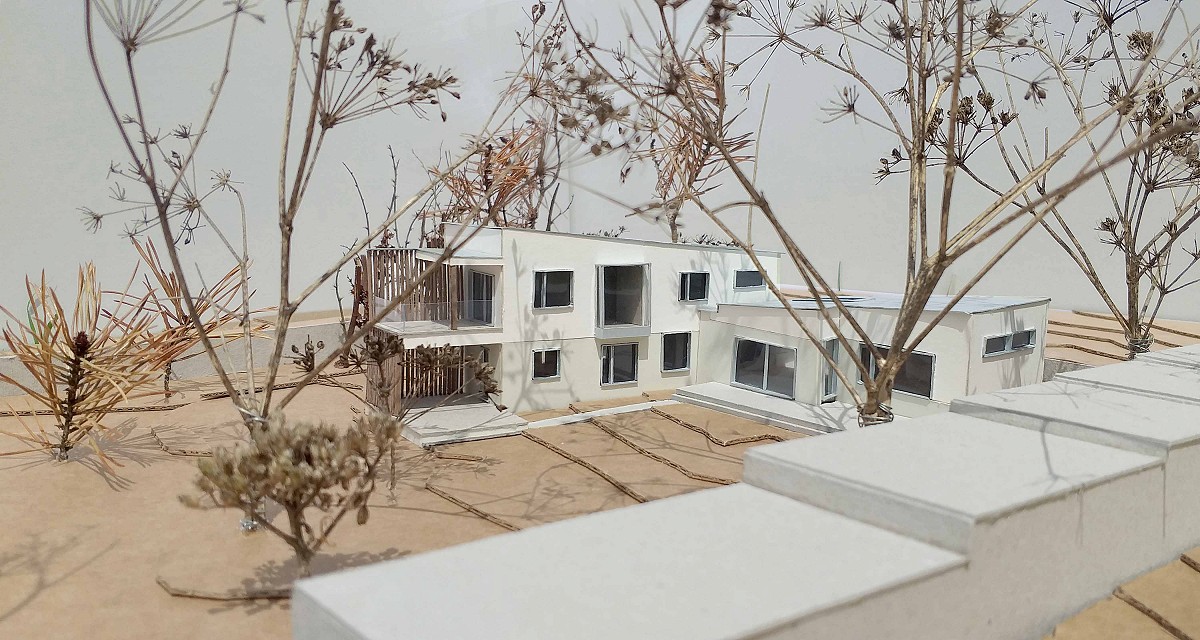 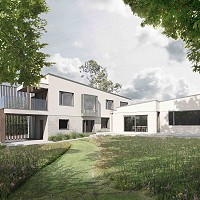 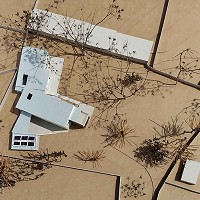 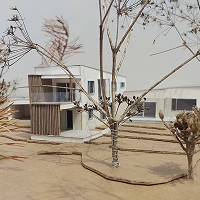 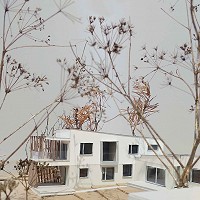 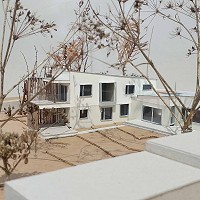